All Kamen Rider: Rider Generation brings together the title heroes of 40 years' worth of Kamen Rider TV series and movies in a slightly super-deformed side-scrolling beat-em-up for the Nintendo DS. The game features over 25 levels of tokusatsu fighting action and enables players to use nearly 30 playable characters (some with multiple forms) as Kamen Riders old and new investigate a conspiracy formed by the evil organizations of their home series.

While action-oriented, some RPG elements come into play in Rider Generation as each playable Kamen Rider features his own experience meter, special abilities, and finishing moves. Unlocking the latter two will require leveling up or purchase with the coins dropped by fallen opponents. Despite the relatively short length of the game, there is little need to grind between three (expandable to five) difficulty levels for each stage and generous rewards for fulfilling stage challenges and other milestones.

Aimed at both young and old players, Rider Generation features Child and Adult Modes for executing finishing attacks. The control scheme, detailed below, is otherwise identical.

Full voiceover audio and series sound effects are implemented for every player character barring metaseries newcomer Kamen Rider Fourze (who has suit effects but no actor voice), as well as several NPCs and the Toei Announcer. Many of these audio effects are carried over from Kamen Rider: Climax Heroes revisions for the Playstation 2 and Wii, with more ardent analysis of the game's memory revealing dummied-out items from that game such as character data for Decade's rival Diend and OOO's BuraKaWani Medal Combo.

(Additional Special Attacks may be used when the A button is pressed in mid-air or combined with a D-Pad direction, depending on the Rider.) 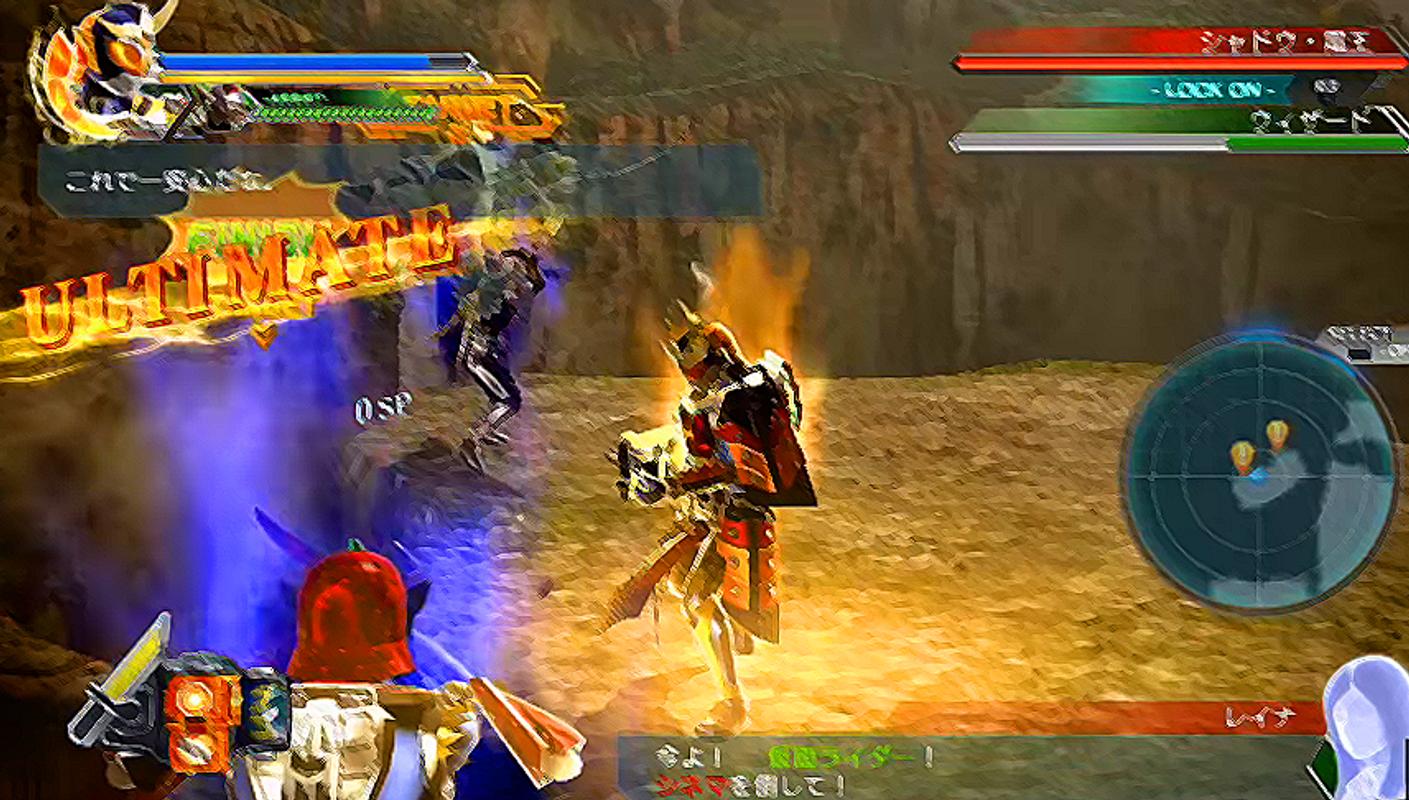 L: Block (after Rider has reached a certain level), Backdash (while blocking, press D-pad in reverse of facing direction)

(Some Rider/Partner pairs will execute both their Finishing Attacks at once if performed in close proximity to each other. This generally has no mechanical advantage against basic enemies, but can deal additional damage to bosses and may be a Mission Clear requirement.)

Touch portrait on bottom screen: use Life Charge on Player/Partner

ZX (Radar-Jamming Smokescreen): Press R and a D-Pad direction when hit to evade the attack and dash to safety.

BLACK RX (Miracle of the Sun): Automatically heals and powers up when brought to critical Life.

Shin (Body-Cell Activation): Is resistant to stun and knockdown from enemy attacks.

Kuuga (Thumbs Up!): Receives a random item effect when pressing R to strike a signature pose after defeating an enemy.

Agito (Alter Charge): Hold R to strike a signature pose, release to Rider Kick with power based on charge duration.

Faiz (Axel Watch): Press R to deal damage to the entire screen in an instant and dash forward. Recharges over time.

Decade (Kamen Ride): Press R to select one of the previous 9 Riders (Kuuga through Kiva, via purchased upgrades) and replace one of your Special Attacks with its own.

Fourze: No ability or Finishing Attack, unlocked via password.

Naomi: A waitress aboard Den-O's time-travelling train, the Den-Liner. Appears in the Shop stages to sell Life Charges, Attack and Defense Capsules, and various Upgrades to the Kamen Riders.

Ankh: OOO's companion, a monster known as a Greeed reduced to but one forearm. Guides the Kamen Riders forward after every group of enemies defeated with a snappy remark and himself pointed to the right edge of the screen.

General Shadow: Boss of the first World, prominent figure of the Delza Army that Stronger opposed. Prone to telling the fortunes of his opponents with a deck of standard playing cards.

Doras: Boss of the second World, the Neo-Organism that ZO opposed. Childish and rapidly evolved from infancy to its current state, he has little grasp of the ramifications of using violence to become 'the strongest being.'

Apollo Geist: Boss of the third World, agent of the Government of Darkness that X opposed. An honorable opponent who seems to know more about the evil organizations' plot than he (rather generously) divulges to the Riders upon his defeat.

Shadow Moon: Boss of the fourth World, destined Century King of the Golgom cult that BLACK opposed. Is actually the adoptive brother of BLACK, but their familial bond serves only to elevate their rivalry above the organizations' plan in importance.

Judah: Boss of the final World, remarked to be 'not an ordinary scientist.' Just what IS his plan for all the Kamen Riders from across history? 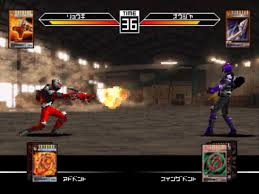